ALARMING RISE IN THE INCIDENCE OF TYPE 2 DIABETES IN CHILDHOOD

In the last half generation we have seen an increase in the number of people who are overweight or obese. High fat, sugary foods are more accessible and there is less emphasis in our day to day lives on physical exercise. From a chiropractic viewpoint, the greater your weight, the greater the strain on your joints and spine. However, obesity is strongly linked with other serious long term conditions, and the latest data from the National Diabetes Audit show how the obesity epidemic is having a grave impact on the health and wellbeing of our youngsters
The figures, relating to 2016/17 data have revealed that there are nearly 7000 children and adults under the age of 25 in England and Wales who have been diagnosed with Type 2 Diabetes.
The vast majority of the 6836 children and young adults identified in the audit are treated in a general practice setting. An earlier report published by the Royal College of Paediatrics and Child Health had suggested a much lower figure, but this reflected children and young adults treated in a hospital setting.
Type 2 diabetes is not to be confused with Type 1 diabetes which is an autoimmune condition that still remains the commonest form of diabetes seen in childhood ( and is not related to lifestyle factors).
Type 2 diabetes is a condition associated with being overweight or obese and can be associated with a family history of the condition. There is a greater predisposition amongst certain ethnic groups.
Type 2 diabetes is a long term condition which is associated with complications affecting the heart, kidneys, eyes and blood vessels. It was a condition rarely seen in young children until recent years and early diagnosis can have devastating long term impact. Heart disease, kidney failure, visual impairment and limb amputations can be long term sequelae.
These figures reflecting the very worrying and real consequences of childhood obesity. The cornerstone of trying to curb the upsurge in new diabetes diagnoses is to try and manage the current obesity epidemic. This is no small undertaking: according to the NHS, at least 1 in 5 children are overweight or obese when they start their school years, and one third of children will be overweight or obese by the time they leave primary school.
There is no great science behind the causes of the obesity crisis: poor diet and not enough exercise. Sugary drinks can account for 30% of a 4-10 year olds’ daily sugar intake.
The Government is committed trying to tackle the huge problem by aiming to halve childhood obesity rates by 2030. The Obesity Health Alliance, founded in 2015, is an umbrella organisation for a number of national societies striving to tackle this terrible problem. They have a 10 point plan to try and tackle childhood obesity, including better education in understanding the impact of food choices.
Our society has become more accepting of obesity but we need to be more aware of the potentially devastating consequences.
https://digital.nhs.uk/data-and-information/publications/statistical/national-diabetes-audit/national-diabetes-audit-report-1-findings-and-recommendations-2016-17 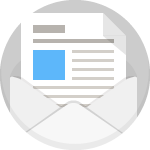